By tuscawilla oaks April 1, 2022 December 1st, 2022 Pet of the Month, Uncategorized
No Comments

Congratulations to our April 2022 Pet of the Month, Ceelo Thorne!
Read his bio below

“Ceelo is a 9.5-year-old male grey and white (‘blue nose’) American Staffordshire Terrier who likes walks, rides in cars, and belly rubs.
He also enjoys toys and bones to chew on. In addition, he loves people and other friendly dogs.
He also seems to be the center of attention whenever he goes to the vet.
Ceelo’s original owner could not keep him due to apartment restriction’s on dogs, so we adopted him. Or, more correctly, he adopted us.
Ceelo recently finished chemotherapy and is doing well. He lost his whiskers but still looks as handsome as ever.
He enjoys every day and loves to sleep with all four legs in the air on the couch.
Sometimes he thinks he is a dog and other times a human!” 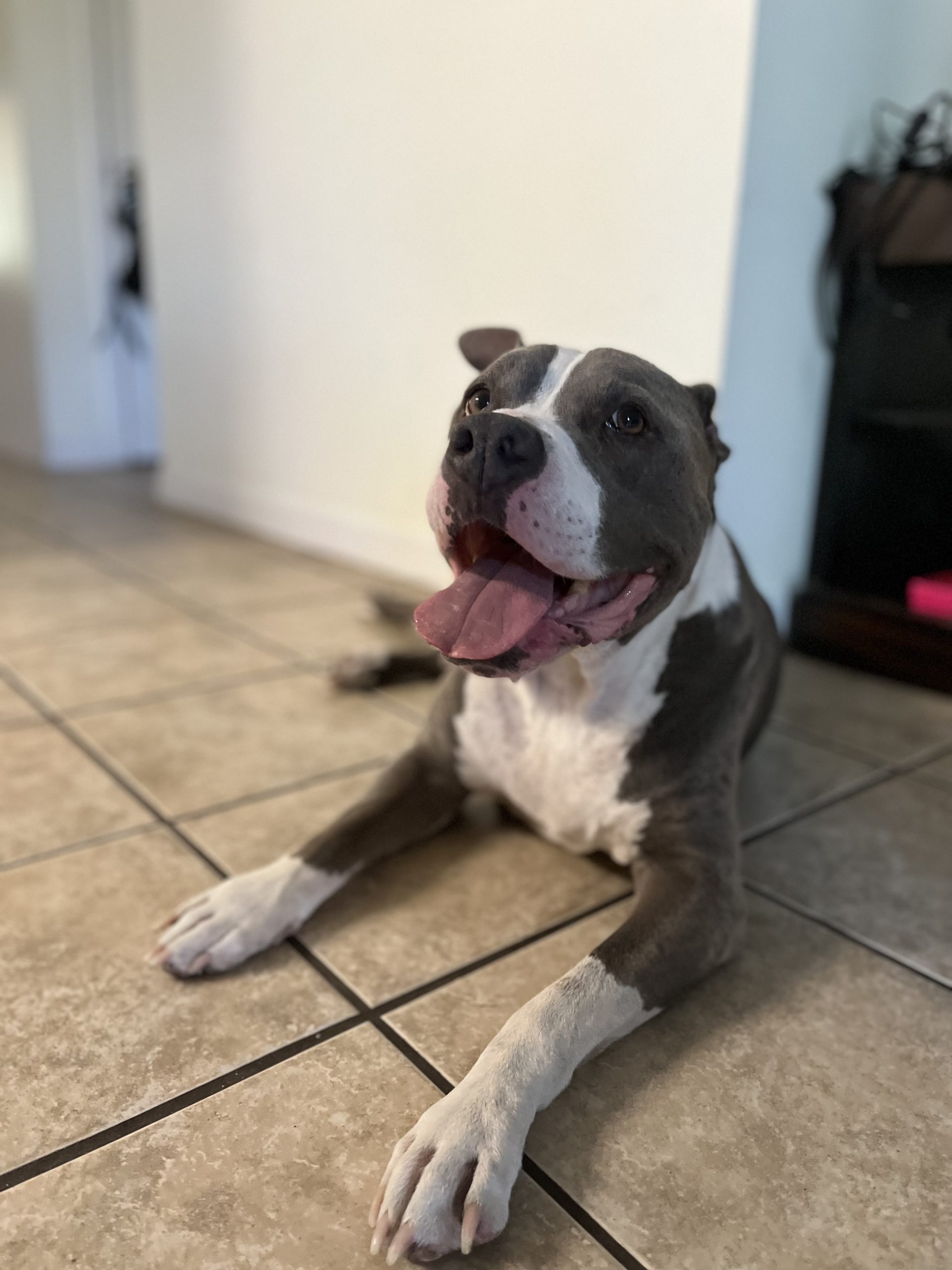