By tuscawilla oaks December 1, 2020 December 1st, 2022 Pet of the Month, Uncategorized
No Comments 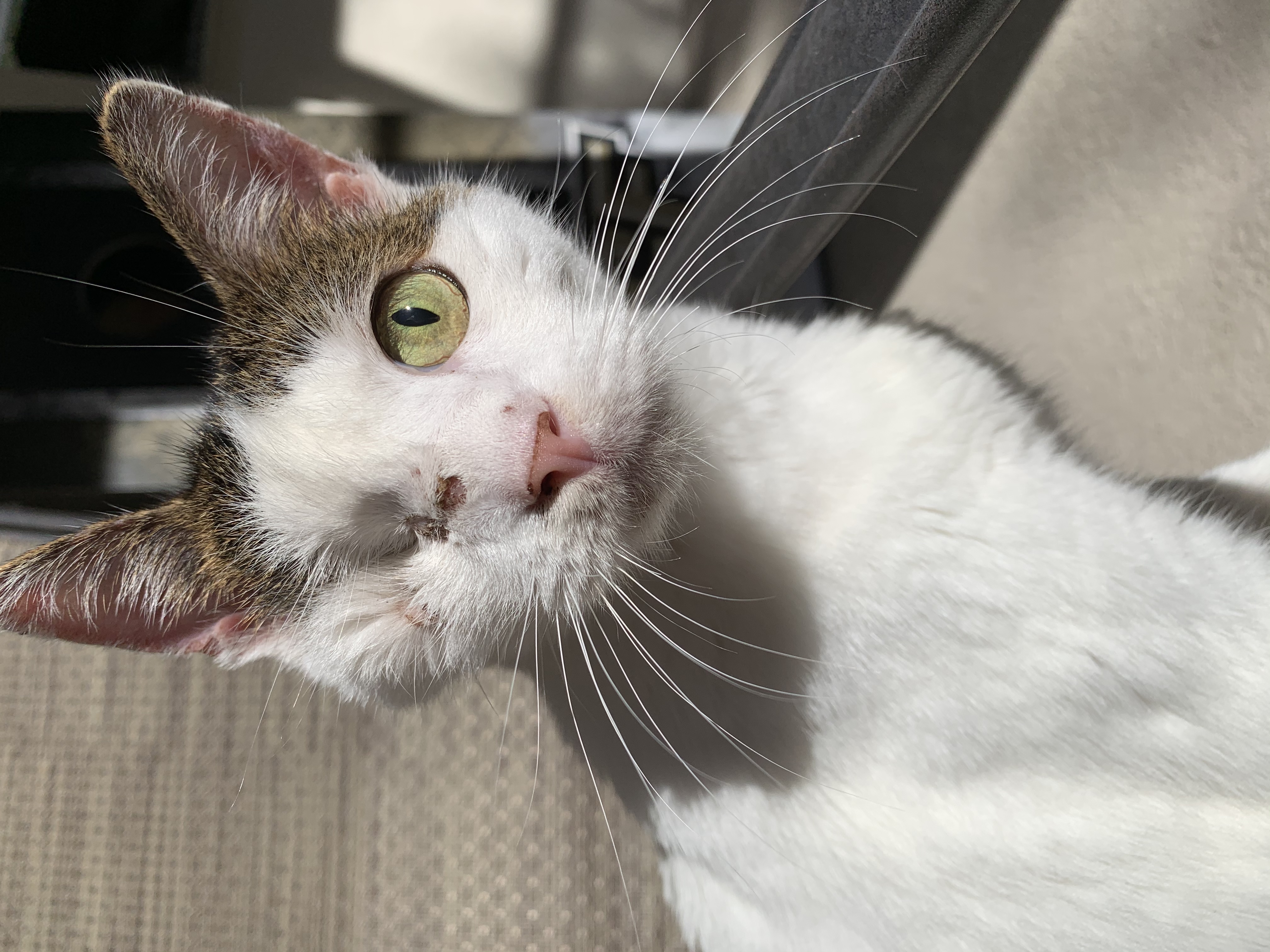 “Bun Bun came into our lives in September of 2016.   Her original owner was moving to Israel and planned on taking her cat with her.  However, when she was checking in for her flight, she was told that she had missed one of the shots that were required for the cat to be allowed into the country.  She spent 2 days staying at the hotel in the airport trying to work it all out, but ultimately decided she would have to leave her behind.  She couldn’t bring herself to take her to the shelter though.  Instead, she came down to the lobby on the way to her flight and told the concierge, who was my sister Melissa, that she had left the cat in her room and asked her to take her to the shelter.  The cat was scared but very sweet.  My sister couldn’t bring herself to take the cat to the shelter either.

Our mom had lost her cat and had considered getting another one, so my sister sent her a picture of this white kitty with tiger-striped ears and matching heart-shaped marking on her side.  My mom fell in love with her immediately.  The cat had thick, soft fur like a bunny, so she changed her name to Bun Bun.   My mom passed away in October 2019 of lung cancer.  Before she passed, she asked me to take Bun Bun because my daughter Lauren loved her and had always wanted a cat.  She also felt that Bun Bun would be happy at our house because we have a big screened in patio.  Bun Bun loved to be outside on my mom’s screened in deck, chasing lizards and squirrels that often ran across the screen. We took in Bun Bun and introduced her to her new sister Murphy (our Chihuahua/Min Pin rescue dog).  They didn’t care much for each other at first.  Murphy is very alpha and thought she would dominate this relationship, but a few whacks from Bun Bun’s quick paw gave Murphy healthy respect for Bun Bun.

After losing her first two owners, this, unfortunately, was not the end of the turmoil in Bun Bun’s life.  On September 4th of this year, our lives were shattered as our sweet kitty was severely injured in a car accident.  The right side of her face was crushed, and we did not think she would live.  Dr. Fullenwider and the incredible team at TOAH sprang into action and have practically performed a miracle.  They took this beautiful creature who was on the brink of death and helped us nurture her back to life.  She has had a difficult journey, as she lost an eye and her jaw was broken.  She had a feeding tube in for over two months and a wire that was in place for weeks to set her jaw.  She had numerous laser treatments to heal her shattered nasal passage and jaw. Bun Bun’s mental state was very fragile after the accident, as her life and abilities had changed drastically in an instant.  Dr. Fullenwider and the team at TOAH has helped us address all aspects of Bun Bun’s healing – physically, mentally, and emotionally.  When I bring her in for an appointment, I feel as though I am bringing her to a friend that loves her as much as we do.  She has made a better recovery than any of us expected in our wildest dreams.  Initially, after the accident, she was hesitant to venture out of her room and would not dare try to jump on even the couch. She now is living her life almost as she did before the accident.  She jumps on the back of a chair to perch and keep an eye on things around her.  She is the ruler of the patio once again, chasing squirrels on the screen and hunting down lizards that now realize that even with one eye, she is super quick and not to be messed with!  She is also back to putting our dog Murphy in her place.  Above all, we are happy to see that she is back to being the loving kitty that adores laying with us and getting a good scratch.

We can’t thank Dr. Fullenwider and the team of TOAH enough for giving Bun Bun her life back.  We are forever grateful for their talent, kindness, and compassion that saved our beautiful kitty.” 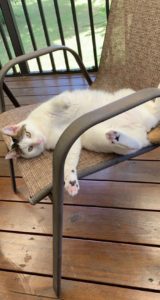 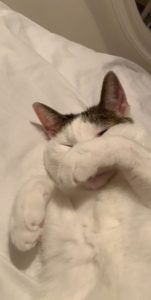 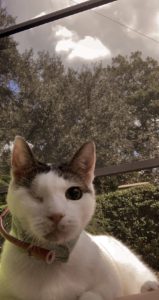 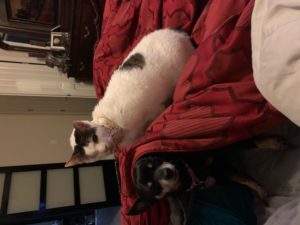