By tuscawilla oaks October 1, 2018 December 1st, 2022 Pet of the Month, Uncategorized
No Comments 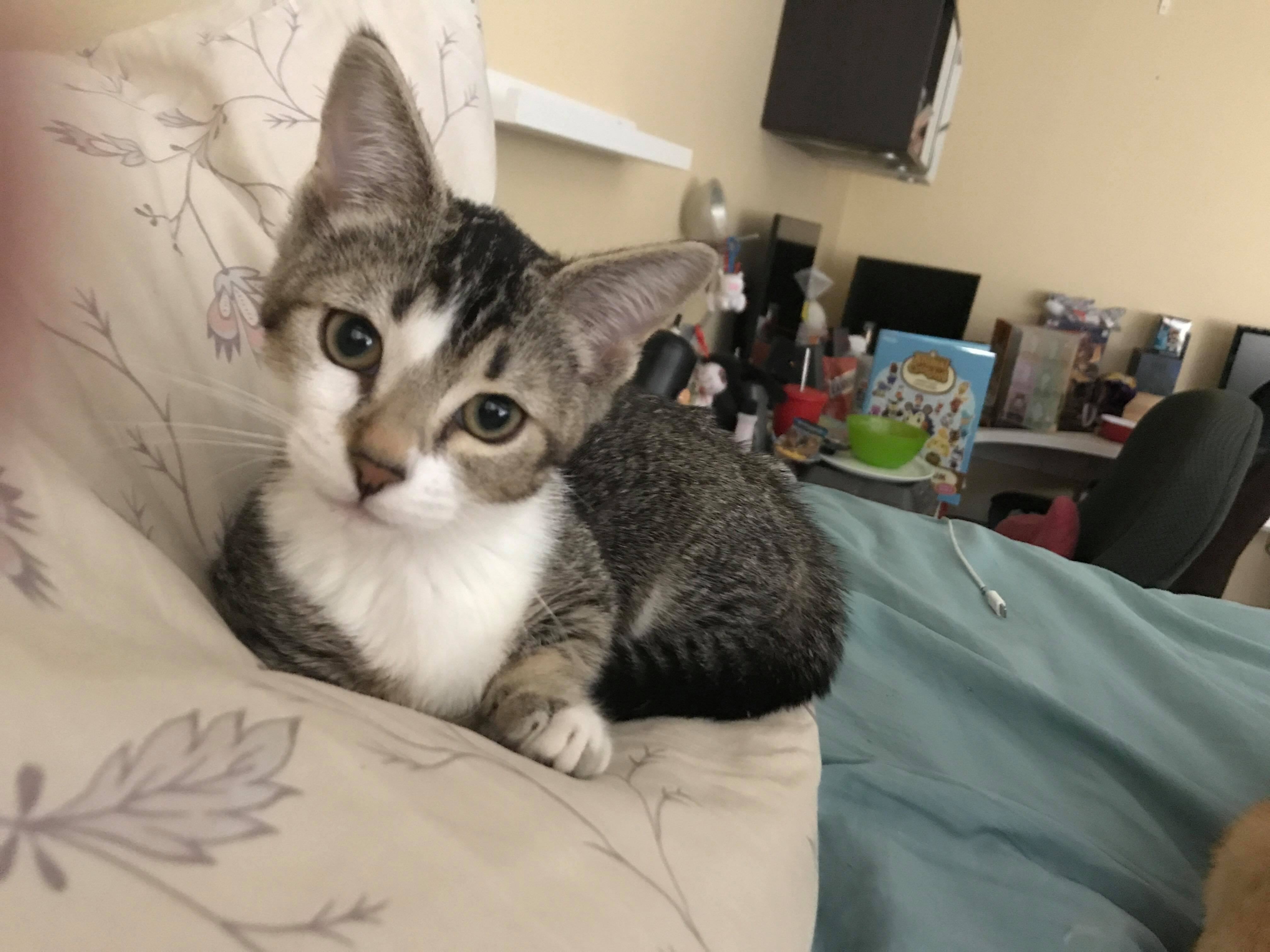 Congratulations to our October 2018 Pet of the Month!
Tiger Lily Rudolph!
Read her bio below:
“We adopted Tiger Lily when she was a kitten, and she was the last of her litter. I wondered if she was the last because no one had wanted her, but I couldn’t imagine why. She is the sweetest, curious, most precious, friendly kitty I have ever met. We hit the kitty jackpot when we found her!
We have a Shiba at home (Nala) and we were worried how they would react to living together. But when we brought Lily home, Nala went into full momma-mode and took in Lily as her own, giving her baths and even trying to get her to nurse! And Lily didn’t mind at all! They became friends and sisters instantly, and even started sleeping together that night.
Lily is a munchkin cat so she has short legs, but that doesn’t stop her from doing normal cat things. She loves to explore, climb, play with her sister, and chase lizards. Because of her short legs, sometimes when Lily goes for a jump, she doesn’t quite make it! She isn’t the most graceful, but she won’t let you think that. If she falls, she acts like that was what she meant to do!
She is super friendly, instantly loving up on new people or even new animals. I haven’t even heard her hiss ever! Just lots and lots of purrs.
She loves to wake me up at 6am by sitting on me asking for loves and food. A super cute thing she does is she has to stand on the edge of her water bowl to reach in for a drink. Her favorite spot is my empty bathtub in the mornings, when the sun coming in through the window warms it up just right. Between mine, Lily’s, and Nala’s short stature, my boyfriend calls us “Team Little Legs.” I love my team!
Thank you so much for choosing Tiger Lily! We think she is the best kitty in the universe. :)” 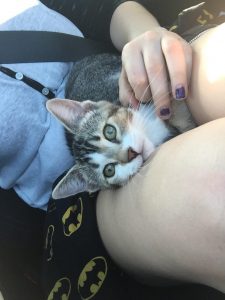 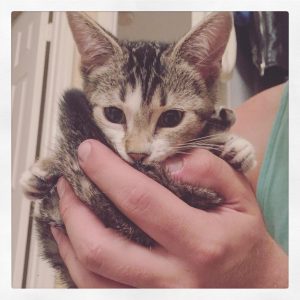 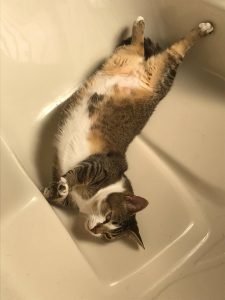 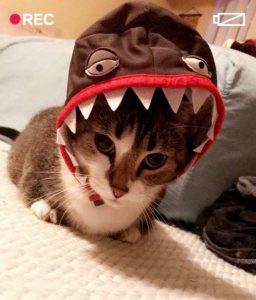 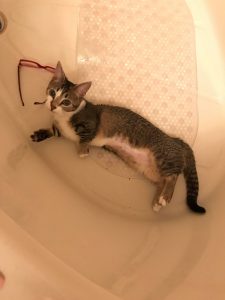 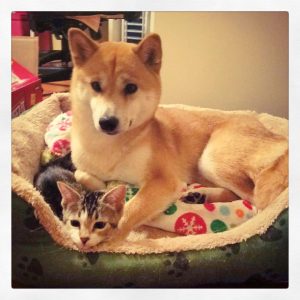