Pet of the Month-February 2018-Mii Rodriguez

By tuscawilla February 1, 2018 Pet of the Month
No Comments 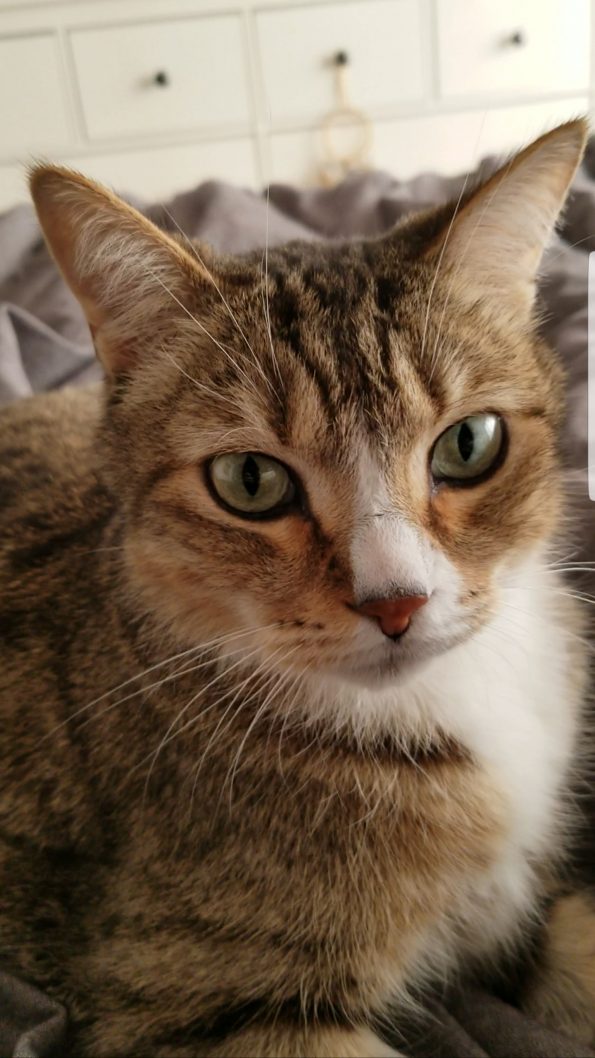 Congratulations to our February 2018 Pet of the Month!! 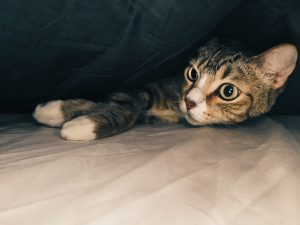 “Mii came into our lives rather unexpectedly (a common trend among cat owners, I’ve noticed!). My wife and I had recently moved back to Miami from a short time living in Raleigh and were living with my parents for a bit.

One night, I went to the backyard with my mom and heard the tiniest of meows followed by a splash in the pool! I quickly run over and scooped Mii out of the water while his brother crawled his way to me at the same time. It seemed the local neighborhood cat had a couple kittens and left them in our yard. They could not have been more than a couple weeks old at the time. We nursed them for a bit until momma cat came back, at which point we introduced her litter back to her. While she would let Mii’s brother nurse on her, she would constantly push Mii away and just outright rejected him. Eventually momma cat left with Mii’s brother, at which point he became ours to love and care for.

When we moved out of my parent’s home, there was a small debate as to who would keep him, but he had ultimately developed a bond with our older cat, Knowme, and so we could not split them up.

Shortly after making the move from Miami to Orlando last year, Mii started having difficulties and was getting notably skinnier. My sister in law had recommended TOAH where Dr McPherson helped us finally get to the root cause. Mii had developed a tumor in his intestine and was also diagnosed with lymphoma. After much stress and many tears shed, Mii went through surgery to have his tumor removed by Dr Fullenwider. I’m so happy to say that thanks to lots of love and an amazing staff at TOAH, Mii has reacted very well to his treatments and has plumped back up to the usual cat we have known and loved this last decade.

Mii lives to hide under sheets and blankets, leaving a comical lump on a freshly made bed, keeping anyone company when they are on the couch or lying down on a bed, and, though I know the TOAH vets will shake their heads at me, he has an unusual affiliation with pancakes (I promise that we only give him a nibble the rare times pancakes are made!).”