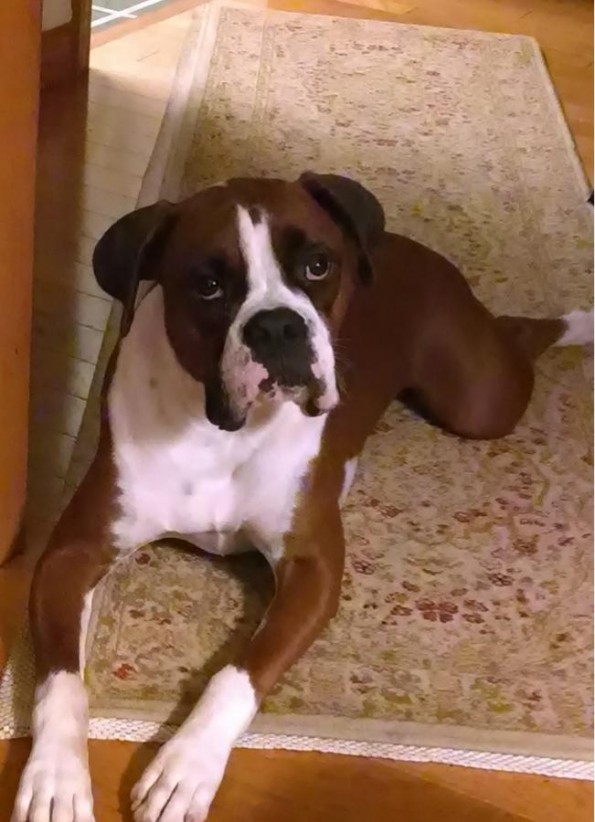 Shannon is now 4 years old.  We picked him out of his litter when he was two weeks old, barely larger than a hamster.  Helen said she thought he as beautiful.  I held him in my arms and he looked up into my eyes with a questioning expression and promptly went to sleep against my chest.  That was it.  At 8 weeks he had his last puppy shots and Helen and I met the breeder (EJ Boxers) at her vet and “took him home from the hospital.”   He is our special baby boy. To get him socialized we took him on regular walks in our neighborhood and because he was such a cute boxer puppy, people would literally stop their cars and get out to say hi and to pet him.  Today it is his job to take me on regular walks and to give love to everyone he meets on the street.  More people in our neighborhood know Shannon’s name than mine.  A good friend says that he is the “rock star” of the neighborhood. Shannon has a recently adopted little Shih Tzu brother named Woodrow, with whom he wrestles on a regular basis. Shannon has had one or two medical issues and has a close relationship with Dr. Taylor and Dr. McPherson.  Shannon thinks of them and the staff at TOAH as part of his extended family.  They are our favorite “pediatricians.” 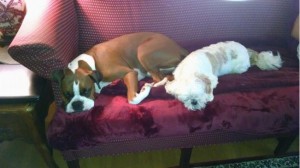 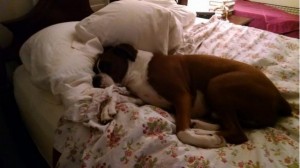