YOGI–December 2015 Pet of the Month 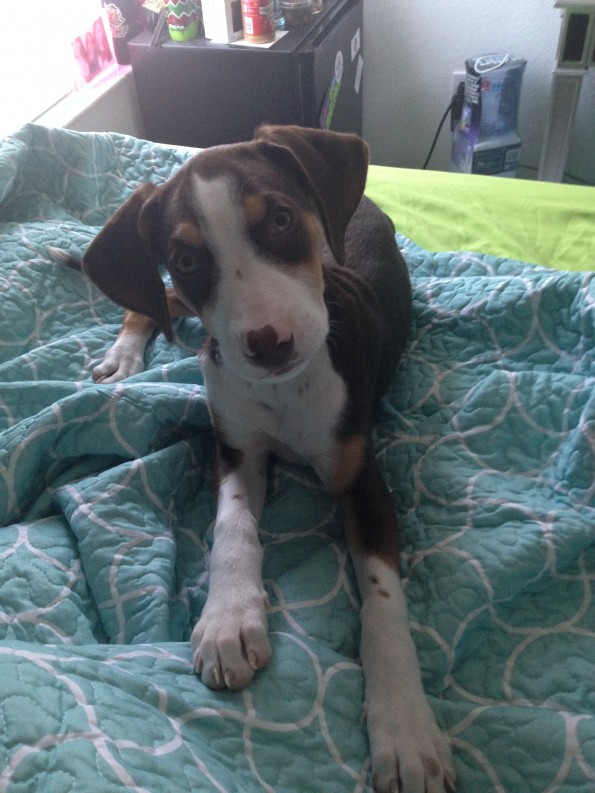 Let me tell you about this dog right here! He is the love of my life. I have so much unconditional love for this dog he is practically my child. It all started in late September when I had decided it was time for my boyfriend and I to get a dog. My boyfriend, Gabriel is really close with his family and we hang out with them frequently and they all have dogs. We both grew up with animals and I missed having a pet to love unconditionally and take care of (it also teaches you a lot about responsibility). Gaby wasn’t completely into it at first, but one thing was certain the moment we saw a picture of Yogi we knew he was meant for us. I also took it as a sign that his birthday July 6th was the first time Gaby and I met in person. We found Yogi in an ad on Craigslist of all places in an ad from a family living in Fort White, which is about two and a half hours away from Orlando. I remember that whole week I was counting down the days, hours, and minutes until we could get him and bring him home. We didn’t tell anyone what we had been up to until a few days after we got him and our families fell in love with him just as much as we were. Yogi is a typical puppy who is clumsy, playful, has a lot of personality, and is so loving. About a month after we got him, Yogi was three months old when he broke his leg trying to jump off of my bed because he got his leg caught in the bed frame. I was so scared because I could tell he hurt his leg pretty bad but we couldn’t do anything about it until the next morning when he had his vet appointment. The vet I originally took him to decided to take some X-rays and said they’d call me when they had an answer. A few hours later I got a call saying Yogi definitely broke his leg at the growth plate and I had three options: leave it alone (which would’ve left his leg with a significantly smaller than the others), expensive surgery, or to euthanize him. There was such a lack of empathy in her voice and she sounded so negative it had me in tears! They didn’t do surgeries and sent us off looking for specialist after specialist and none of them were available when we needed them. Which is in a way fortunate because that’s what led us to Tuskawilla Oaks it was recommended to Gaby’s mother and she got us an appointment immediately. From day one everyone in that office has been so kind and caring towards us! They were able to do the surgery and help us out the whole way through. Surgery day came and I was a bit nervous for Yogi because he’s a puppy and it was like letting my child go into surgery for the first time. Later that afternoon they had told us that the surgery was a success but at some point Yogis’ heart stopped for about a minute or less they were able to revive him. We had to pick him up and take him to an overnight emergency hospital that they recommended to us nearby. It broke my heart when they brought him out all knocked out from the anesthesia. The emergency hospital did an incredible job with him we were so satisfied. It brought a smile to our face to see him the next morning he was so alert and wagging his tail in excitement when he saw us. After the whole ordeal, I am happy to report that our resilient little boy is doing extremely well and we are so thankful for that. We love him more and more every day and thank god for his resilience and that he is still with us. I am eternally grateful for our families support and for the whole staff at Tuskawilla Oaks you guys were the answer to my prayers and you guys have done such a wonderful job with him from the regular check-ups to the surgeries. All I can say is thank you and Yogi is so honored to be recognized as your Dog of the Month. 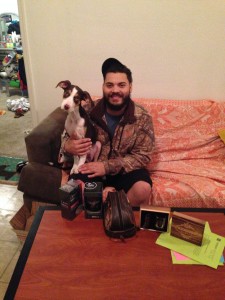 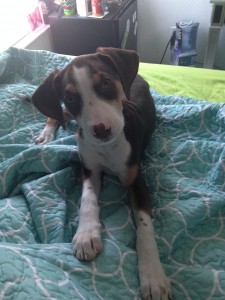